Angry Birds: Journey from a game development competition to one of the most popular games.

Home / MiniMba / Blogs / Angry Birds: Journey from a game development competition to one of the most popular games.
June 13, 2019
Blogs, CEO in 20's, Entrepreneurship, MiniMba, News
0
0

A single taste of victory may not be the ultimate success story.  It can be just a beginners luck

Three students from the Helsinki University of Technology participated in a Game development competition sponsored by Nokia and HP. The game developed by the KING OF THE CABBAGE WORLD won the competition and was eventually bought by a company.

It was enough motivation for the trio to set up their own game development company. In the year of 2003, the company was set up the name of Relude, but it was in the year 2005 they received their first investment of mere few thousands of euros and office space along with changing the name to Rovio.

Over the period of the next 2 years, the team grew and they developed interesting games but sadly it was for the big players like EA, Nam Co.

The next big thing was the Apple store for the team and they sought to develop the game for the Apple store. It was the year 2009, after 51 games they finally had their overnight success by the launch of Angry Birds and it rose at no. 1 spot of paid games after 6 months.

Today Angry Birds franchise have their own movie, accessories, a store over a billion users around 500 employees and partnership with some of the world’s most recognizable names such as NASA and star wars.

In the words of Calvin Coolidge

“Nothing in the world can take the place of persistence. Talent will not: nothing is more common in the world than unsuccessful talent. Genius will not: Unrewarded genius is almost a proverb. Education will not: the world is full of educated derelicts. Persistence and determination alone are omnipotent.” 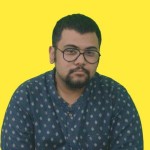 Quick Links
Connect
Our training motto - 'Tell me and I forget, teach me and I may remember, involve me and I learn.'
Why should anyone do a startup in college?